MAGI Fund – About Us

A small group of individuals from the community formed a steering committee to oversee the Magi Fund.  The committee is all-volunteer and 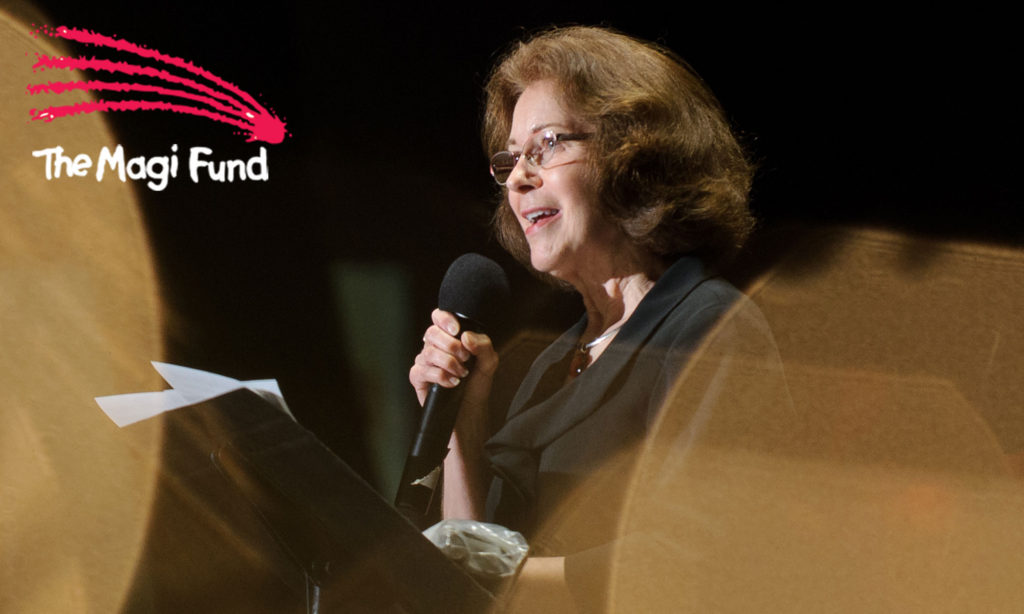 conducts its affairs and activities for God’s glory.

To involve the community-at-large in its fundraising efforts, the Magi Fund held the Magi Choral Festival in 1994.  It involved approximately 350 persons from throughout the region:  elementary, secondary and college students; the Salisbury Symphony Orchestra; individuals from various choral groups, choirs and churches; and persons who just wanted to sing.  The Community Foundation of the Eastern Shore provided a $1,500 grant to launch what has now turned into an annual Christmas event has raised from $20,000 the first year to over $150,000 in other years for the two charities.

In addition to choral events, the Magi Fund raises money through direct mail and personal solicitations.

During the twenty-five years that the Magi Fund has been in existence, it has raised over $2,000,000 in cash for its two beneficiaries.  In addition, the Magi Fund facilitated Mountaire Farms’ gift to the Joseph House Center of land and a building valued at over $150,000.  The Magi Fund continues to operate today to raise funds for the two charities it contends are “doing the most for those with the least.”

In 1996, with $1,110 in memorial contributions for Dr. Bernardo Luna and at the request of the Luna family, the Magi Fund established a permanent endowment with the Community Foundation of the Eastern Shore for the benefit of its two charities.  The Magi Fund subsequently committed to setting aside for the endowment twenty percent of every dollar raised.  Since 1996, it has deposited over $490,000 into the Magi Endowment Fund at the Community Foundation of the Eastern Shore.

In 2001 the Magi Fund applied to the Community Foundation to participate in the Perdue Kresge Community Challenge – a fundraising challenge offer to Lower Shore non-profit organizations by Frank & Mitzi Perdue and the Kresge Foundation.  The challenge provided a dollar for dollar match for every one dollar raised by a non-profit organization for deposit in a permanent endowment at the Community Foundation.  The Magi Fund was accepted into the challenge with a goal of $100,000.  In June, 2003, after just 18 months, the Magi Fund completed its goal of raising $100,000 for the Perdue Kresge Community Challenge and received its $100,000 match.  Today the combined Magi Fund Endowment accounts at the Community Foundation have a fund balance over $636,900.  Annually, in perpetuity, the Christian Shelter and Joseph House Center will receive proceeds from this endowment.

Services, Those Served and Service Area

The Magi Fund serves two charitable organizations: the Christian Shelter and the Joseph House Center.  The following is a description of these agencies and their services.

The Christian Shelter, Inc. was founded to meet the spiritual, emotional and physical needs of the homeless through a Christ-centered, home-like atmosphere.  The Shelter offers temporary housing, food and clothing to individuals and families.  The Shelter also assists its guests needing help with health issues, employment, addiction, family concerns and transportation.

The Joseph House Center is a ministry of the Little Sisters of Jesus and Mary.  Its two components, the Crisis Center and Joseph’s Workshop, seek to stabilize family life and meet basic needs for those in crisis or impoverished situations by providing food, clothing, financial and budgeting help, job counseling, friendship, guidance and spiritual direction.  Volunteers help empower clients to solve their problems, offering unconditional love, respect, acceptance, and the forgiveness of Christ to all while bringing Christ’s healing presence into wounded families.

The services of Joseph House Center and Christian Shelter are available to all without regard for age, sex, race or religion.

The service area for these charities is generally the three Lower Eastern Shore Counties of Somerset, Wicomico and Worcester, although both also serve persons who come from throughout the Delmarva Peninsula and even other states and countries.

The Magi Fund has only two non-profit affiliations: the Christian Shelter and the Joseph House Center.  All fundraising by the Magi Fund is for the benefit of these ministries. The Magi Fund partners with several nonprofit and for-profit organizations for the annual Choral Festival and other fundraising endeavors.

The Community Foundation of the Eastern Shore recognized the Magi Fund with the Richard A. Henson Award for Non-Profit Excellence and the prestigious Salisbury Award “created for the purpose of recognizing service that has been the greatest benefit to the happiness, prosperity, intellectual advancement or moral growth of the community” was presented by the Salisbury Award Committee during the annual 2014 Magi Choral Festival.