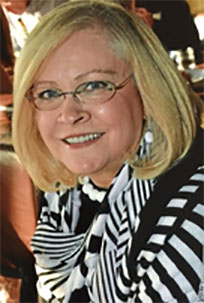 Soprano, Conductor, and Vocal Coach, Alice Wigfield, has taught music in public and private schools for 39 years retiring in 2014.

Mrs. Wigfield’s love of music began as a Master Violist playing in the award-winning Youth Orchestra of Louisville. She earned her Bachelor of Music Education from Eastern Kentucky University and was a featured Vocal Soloist with the University’s Chamber Choir, performing in 9 countries of Europe and Good Will Tour of Israel. She later received a Master of Education from Salisbury University.  In 2014, Mrs. Wigfield was recognized at the Maryland General Assembly for conducting the top choral school music program in the State. She also represented Maryland at the National Advanced Choral Conducting Seminar at Butler University.

In 2014 Mrs. Wigfield was awarded Holly Grove’s first Teacher of the Year Award after creating the award-winning music program at Holly Grove. While at Holly Grove, her 100 voice Children’s Choir performed at Salisbury University with their university choir and orchestra. On numerous occasions, the SATB Junior High and Senior High Honors Choirs medaled at the State Choral Festival in Baltimore. Her choirs were invited, by audition, to perform a concert at St. Patrick’s Cathedral in New York City, sing at the U.S. Naval Academy and at numerous universities, seminaries, churches and schools throughout the East Coast.

Mrs. Wigfield has been the music director of the Magi Choral Festival since its inception 25 years ago. She continues to lead the over 150 voice MAGI Children’s Choir which has raised close to 2 million dollars for homeless charities.

Mrs. Wigfield was the guest conductor for Michael W. Smith in 2011. She has been guest conductor for regional Honor Choirs. Mrs. Wigfield continues to teach voice and mentor hundreds of students, many who have gone on to professional careers in music. She is currently on staff at Allen Memorial Baptist Church in Salisbury as the Traditional Worship Leader and Director of Choirs.