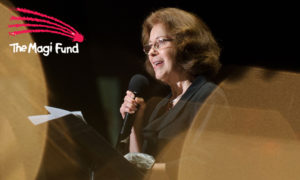 A small group of individuals from the community formed a steering committee to oversee the Magi Fund. The committee is all-volunteer and conducts its affairs and activities for God’s glory.

To involve the community-at-large in its fundraising efforts, the Magi Fund held its first Magi Choral Festival in 1994. It involved approximately 350 persons from throughout the region: elementary, secondary and college students; the Salisbury Symphony Orchestra; individuals from various choral groups, choirs and churches; and persons who just wanted to sing. The Community Foundation of the Eastern Shore provided a $1,500 grant to launch what has now turned into an annual event that raises almost $100,000 a year for the charities.